In the past, Duty Free cigarettes were the easiest category for price comparisons.  There’s a monolithic brand – Marlboro.  It’s available everywhere and representative of cigarette prices in general.  Domestic prices are usually fixed and often controlled; and not much discounting goes on domestically.

However, you find less and less mention of cigarettes online these days. I looked at 35 major international airports, including the top 30, and only 8 showed their cigarette assortment online. I had to get prices from the rest directly, often with some difficulty. Of these, Antalya was unreachable and Bangkok doesn’t carry Marlboro.

So, all told, I was able to get the Duty Free price of Marlboro at 33 airports in 27 countries during February 2020. They’re listed below from cheapest to most expensive. You won’t find this information anywhere else on the internet. By the way, you’ll notice that Abu Dhabi and Istanbul have different prices at departures and arrivals.

The order of the converted currencies may look slightly off due to exchange rate fluctuations.


The cheapest Duty Free prices are generally in Asia, the Middle East, and Russia. The most expensive prices tend to be in Europe and Canada, reflecting their high Domestic prices.

You can sort this table by any of the headings. However, my currency converter isn’t compatible with such sortable tables, so I’ve had to convert prices to Dollars using the mid-February exchange rates.

Duty Free is cheaper than the domestic home market price everywhere except Moscow and Istanbul.

If you live in one of the more expensive places (over $75.00 per carton), Duty Free is a good deal for you everywhere.

Conversely, if you live in one of the cheapest countries (under $40.00 per carton), you should buy Duty Free leaving home. And it probably won’t be worth your while to buy on your return trip.

If you’re going to be visiting one of those cheap countries, you’ll be better off buying at your destination. That’d be either domestically or Duty Free – if arrival sales exist. And you should certainly buy Duty Free on your way back home.

As with spirits, you can buy Duty Free cigarettes on arrival at some airports, but don’t buy them going into Australia, Hong Kong,  or Singapore.  See the section Customs Allowances Around the World.)

Airlines carry only a limited range of cigarettes.  It’s usually Marlboro and maybe a couple of other brands.  Surprisingly, quite a few major airlines actually show their prices online:


Generally speaking, airline prices tend to be cheaper than at airports.

Cigars, the other part of the Duty Free tobacco category, are even more difficult to find online than cigarettes

By far the greatest place for Duty Free cigars is La Casa del Habano.  The choice is incredible, the prices are terrific – and Casa shows them on its website.  As I’ve said elsewhere, it’s more of an experience than a cigar store. 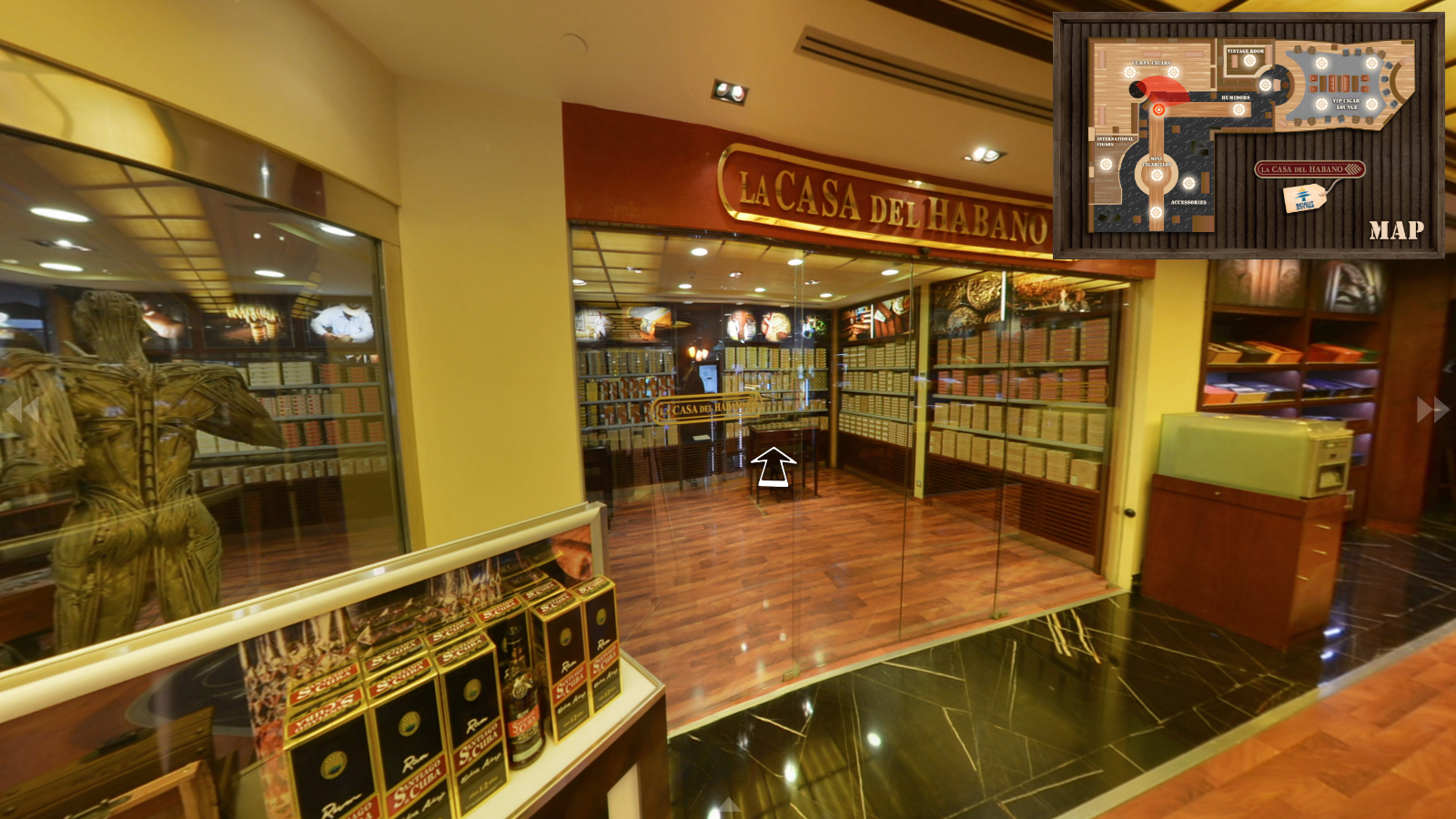 Geneva has a nice walk-in humidor, with a good cigar selection, particularly of Davidoffs.  That’s not surprising since Davidoff is based in Geneva. 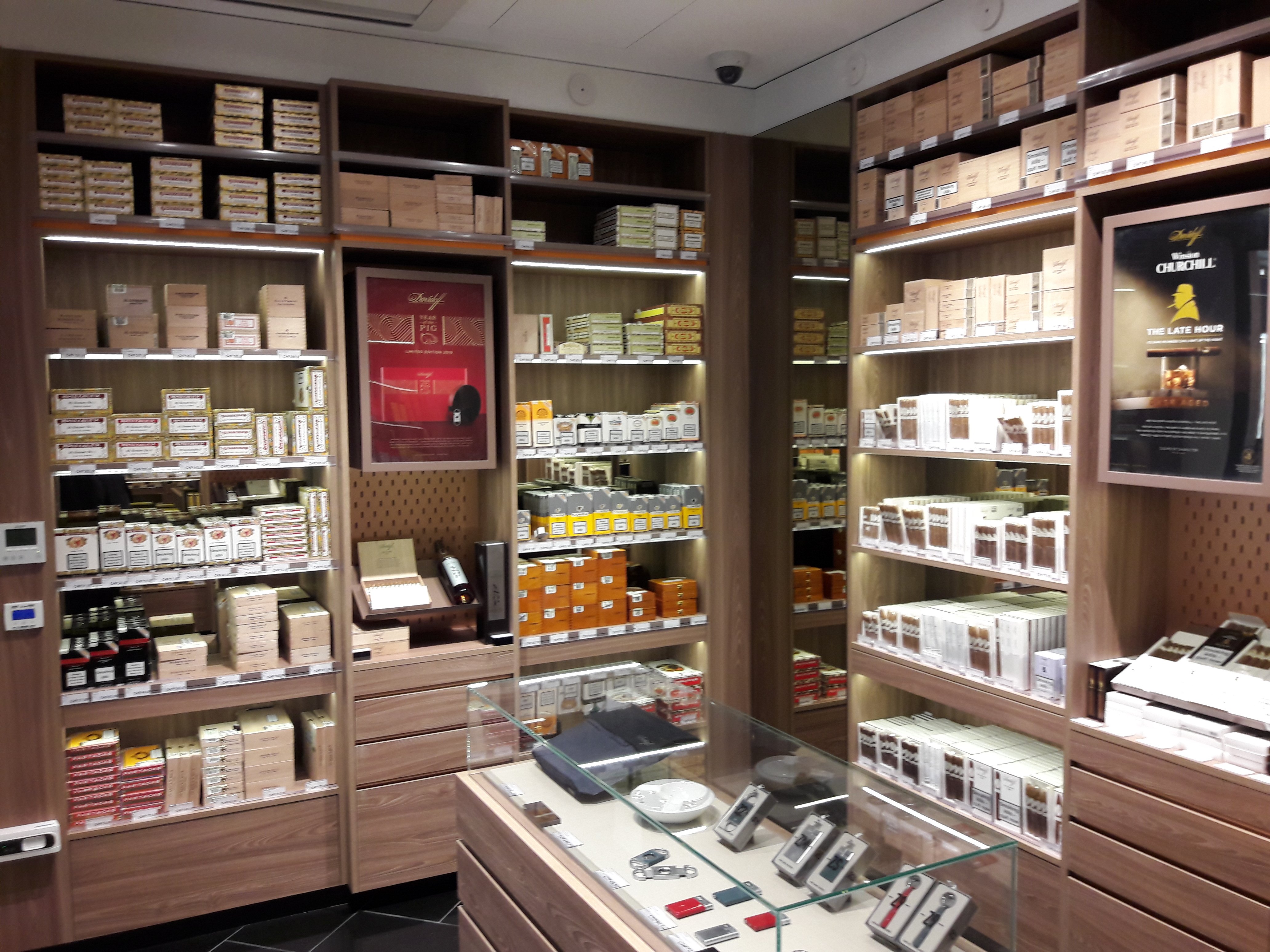