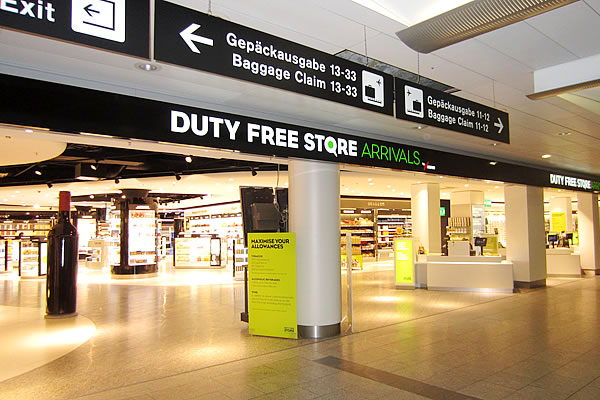 European Airports are pressing the EU to allow EU arrival Duty Free as part of a Recovery Framework for Aviation to help ease the impact of the Corona Virus on airports.

Arrival Duty Free sales are quite common around the world, including European countries like Switzerland, Norway, Iceland, and Russia. But these countries aren’t in the EU. EU rules only permit Duty Free sales to departing passengers. While you may have seen arrival shops in some EU airports, like this one in Lisbon, these aren’t Duty Free sales.

So it could be a tough sell for the airports.

But if it happens, it’ll be a good deal if you’re arriving from outside the EU. You won’t have to carry the goods on your trip. Plus, if you’re a returning resident, the prices should be a good deal in relation to what you’d generally pay at home.

Don’t hold your breath, though. This proposal has been on the table since July, and nothing much has happened with it so far. Airlines seem to be getting a lot more support from the EU than airports. That’s despite the claim by ACI (the airports’ association) that almost 200 airports risk becoming insolvent if they don’t receive financial support soon. Offhand, that might not be something you’re too worried about. But if you’re an EU resident, the closure of even some of those airports could have a significant impact on you.

However, even if EU arrival sales are allowed, it could be academic. The big question will be whether you and people like you will feel confident enough to travel and so take advantage of this new opportunity.

Air traffic has plummeted as a result of the Corona Virus pandemic, and remains seriously depressed. IATA (the International Air Transport Association) projects 2021 traffic to be still some 40% down vs. 2019. The air travel industry is working hard to introduce effective health protocols and to reassure people that flying is safe. However, it remains to be seen whether anything other than a viable vaccine will persuade the public to return to air travel at pre-Covid levels.